You Gouge, You Lose

Hey there to you readers.... again, if you're reading this on again/off again blog, email me and let me know.

This is a new and different topic for me, at least on any of my blogs.  No, it's not about cheap skate twits that stand and listen to me play, then walk away without putting crap in the hat, or those that listen and put twelve cents in the hat (that happened about an hour ago, as usual).  It's not about the joys of being in Mountain View, or the perils of hanging in downtown San Jose.  It's something completely new.

Gougers.   Business owners and merchants that believe no matter how ludicrous there pricing structure is, that they should price there services and goods at rediculous prices.  Two in peticular are going to be targeted by this blog.

The first.  Parking lots.  In downtown San Jose, at Market and San Carlos, there is a pay parking lot.  Most days, its has almost reasonable rates.   Me, I haven't driven a car in years, so it affects me not at all, but still, to see the gouging that this particular lot goes to is disgusting.  I was sitting across the road from this lot approximately a week ago.   I watched as they fiddled with their sign, that sits in the middle of the sidewalk obstructing pedestrian traffic.  When they finally set their sign in place, I was amazed to read it.  Parking: $50.   Fifty dollars for parking ????   There is absolutely no excuse for doing this.  If you're reading this, and driving in to  downtown San Jose, and have more money in your pocket than you know what to do with,  DONT by any means park at  Market and San Carlos.  People need to send the message loud and clear.  You Gouge, You Lose.  You gouge, people boycott your services or goods.  You Gouge, You're Scum.   People like this are the same ones that would charge you $20 for batteries after an earthquake, or $30 for a gallon of milk under like scenarios.  Gougers don't deserve to make a buck.  They deserve to be driven out of business.  \

Now for the other, that DOES directly affect me.  San Jose Motel rates.  As you may or may not realize, I live outdoors.  I'm comfortable, and usually don't look like your 'run of the mill'  street bum.  It's not difficult to be homeless and still maintain a clean and presentable picture.  I try to not be a street person a few days per month, depending on how profitable my days are.  Sometimes, I'll got two, three, and even more weeks without having a day off the street.  When I do get off the street, and sleep in a real bed,  and  destress it's at one of the motels in San Jose.  Sure, the ones that I go to are not five star joints.  Some are rather dodgey, but as long as they relatively clean, have hot water for multiple showers, and an operational tv, it'll do.   What makes this practice exceedingly difficult are price gougers.   These days, for the worst dives in  San Jose, you're looking at  a minimum of  $85 per night.  Yeah, thats not a typo,  $85.    There was one motel in San Jose that I used to be a regular at.  The  EZ8 motel on north first street.   That is until they raised their prices to such a degree that I no longer can afford it.  The last time I went past the  EZ8 (on the light rail, on the way to Mountain View), they had the sign in front of their  'lobby'  posted as  $95.  Considering they charge about  $12 for Motel tax, ones looking at  $107 per nite.  For the conditions of the EZ8,  this price is way way way over what is reasonable.  It really makes me want to walk in to their lobby, look the manager right in the  eye, and ask them how they look themselves in the mirror for gouging as they do.   So, I do get off the street when I can, unfortunatel as of late, thats not been more than once per month, but when I do hit a motel, its NOT the  EZ8.   You Gouge, You Lose.

The moral of the story.  Just because you can charge rediculous rates, doesn't mean you should.  Have some social responsibility.  Do what you'd like done to you.   If you know of a gouger, let me know and I'll put them on my  web page  "Wall of Shame".  If you know a gouger, just don't buy from them.  Simply take the approach,  'You Gouge, You Lose'.

Below are two pics of the locations I've mention here.  Neither pic reflects the  ludicrous pricing.  The pic for the EZ8 has a very reasonable price on it.  I guess it's been awhile since the Google car has passed by there.   The parking lot has it's pricing listed as  $25 (not certain for what time period that is).   Another case of the google car not being around when the objectionable sign was out. 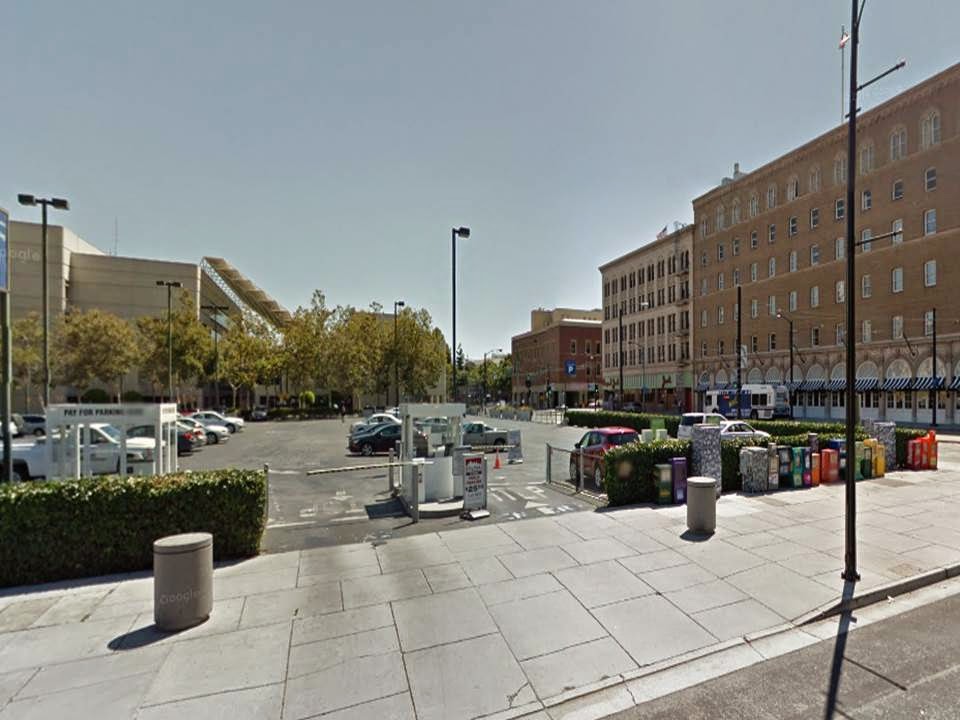 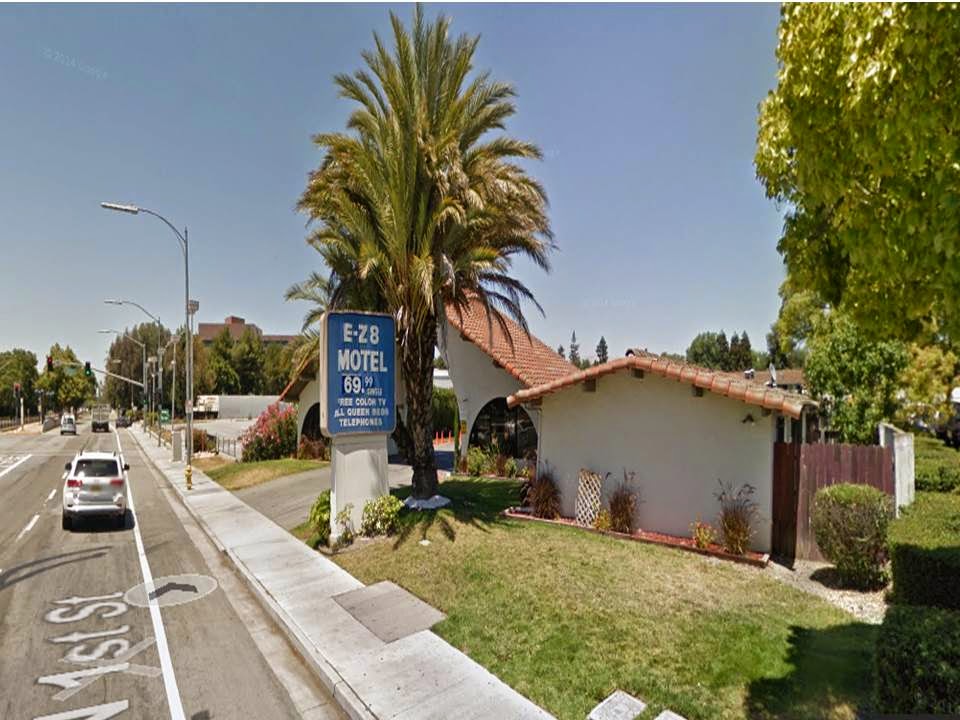 Send these people the message.  You Gouge,  You Lose.

Posted by Unknown at 1:06 PM No comments: